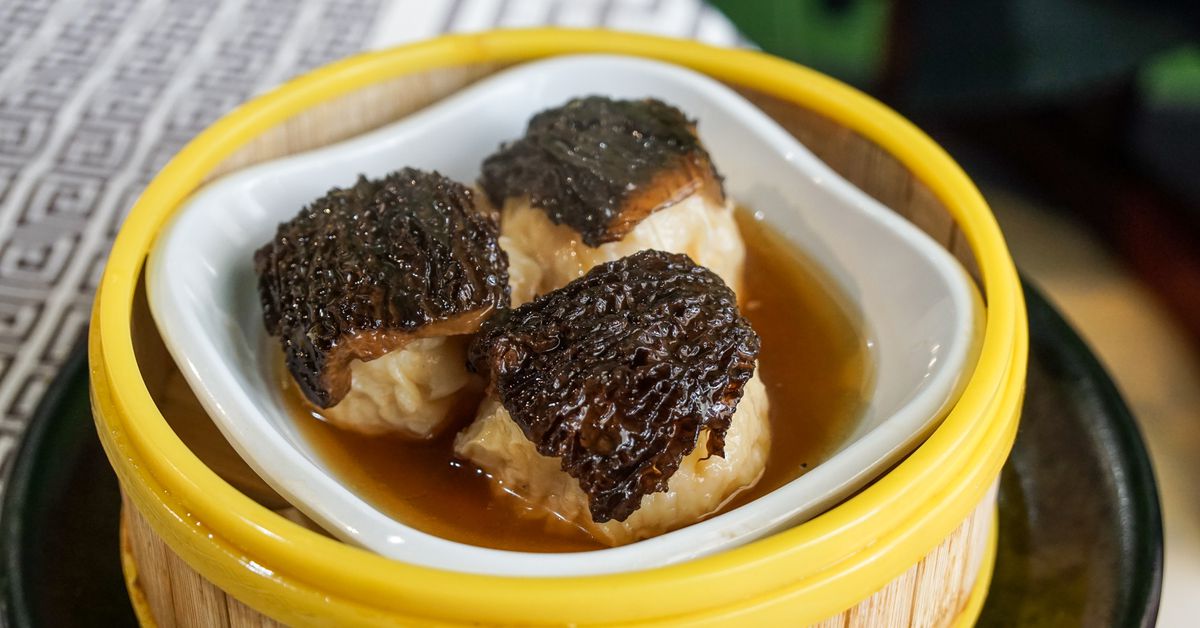 The wait is over. One of the San Gabriel Valley’s most anticipated restaurant openings has finally come to fruition after nearly a yearlong uphill battle. Bistro 1968, formerly known as Enlighten Bistro 168, has found a new home in the city of San Gabriel as of December 3.

Local SGV food enthusiasts praised Enlighten Bistro 168 when the all-day elevated dim sum experience first opened in Arcadia in 2021, calling it some of the best dim sum in the area on WeChat (Chinese Twitter) and Xiao Hong Shu (Chinese Instagram/Tik Tok). Unfortunately, the restaurant was short-lived, lasting less than three months before it mysteriously closed with paper signs plastered on the door saying that it would be returning in a month after “renovation” — a common enough tactic for restaurants that have closed permanently.

Despite the opaque language, there actually were attempts to reopen the restaurant, but date after date kept passing as efforts to bring back Enlighten Bistro 168 became plagued with often odd problems. In the last message to diners when the restaurant briefly reopened for a week, management claimed that its original chef went on vacation.

“They just closed out of nowhere and never opened back up,” says Nicole Chan, a local diner from Arcadia, who was previously a big fan of the restaurant. Chan said that the staff told her that the main chef had quit his job. Local Chinese social media groups claimed that there was infighting between the head chef and the restaurant’s owners, which ultimately led to its closure in Arcadia. When Enlighten Bistro 168 did manage to eventually reopen as a rebranded Sichuan restaurant with a handful of random dim sum dishes, it only lasted a little over a week before shuttering. The Arcadia space continues to sit empty after a hefty sum of money was put into its remodel.

Now there is Bistro 1968, which has opened at a much bigger venue than before (growing from 5,000 square feet to now over 7,000). Here diners can enjoy dishes that no other dim sum restaurant in Los Angeles offers. The wait times on weekends are already almost an hour long, even though the staff will quote a time of 15 minutes.

As for whispers of a worker fallout at the previous iteration of the restaurant, Bistro 1968 manager Gary Ye (who was also a manager at Enlighten Bistro 168) refuted the chef departure rumors, clarifying that it was an investor falling out that ultimately ended things at the previous location. Most of the previous staff (and previous menu) have indeed migrated over to the new San Gabriel restaurant.

“Most of the dishes are the same [from Enlighten],” says Ye. “We added a handful of new items, but everything is not made until you order it. We have the same head chef, the same kitchen team, and most of the same staff with us as before.”

Of course, classic dim sum fare like barbecue buns, spare ribs, rice rolls, and egg tarts are on the menu, but it’s the one-of-a-kind dishes designed by Chef Wong that set Bistro 1968 apart. Check out the baked wagyu and mushroom puff, the abalone tart, the baked peanut mochi, or the salty egg yolk golden skin har gow (shrimp dumpling). The pumpkin and sweet bean paste sesame balls, and spicy minced pork dumplings shaped like miniature pears are also a favorite. The crispy golden lobster roll is a play on almond shrimp, golden brown on the outside with a melt-in-your-mouth texture inside and served with a side of mayonnaise. Dim sum prices here are on the higher side, ranging from $4.88 to up $8.88, but the quality, execution, and flavors are unparalleled, especially during a time when many dim sum restaurants just re-steam previously frozen dishes to keep costs low.

Dim sum is served all day in addition to an expansive menu of entrees. There are no dim sum carts, as customers must order their dishes at the beginning of the meal. Mark off what you want on the handy sheet. Tea varieties are also better than the average dim sum restaurant. Bistro 1968 has tie guan yin tea from Anxi, which is a variety of Chinese oolong tea, jasmine green tea from Taiwan, pu’erh tea from Yunnan, and chrysanthemum from Hangzhou.

For those that want to order entrees, the ma la numbing spice Sichuan hen chicken, crispy German pork knuckle, French-style diced wagyu steak bites, and Iberico pork barbecue cha siu with honey have been the most popular dishes so far.

Social media influencer Justine Wong, who is originally from Hong Kong and runs the popular Hangry Diary Instagram account, had this to say about Bistro 1968: “It’s so nice to have more options; SGV brings out the best food with all the competition around.” She continued: “The abalone tart is also very unique. It’s made with diced chicken and they baked a whole abalone into the buttery tart. So [much] umami!”

Previous post Journey news: Holiday inspiration for 2023 and the world’s most highly-priced restaurant pop-up
Next post Best hotels to book in 2023