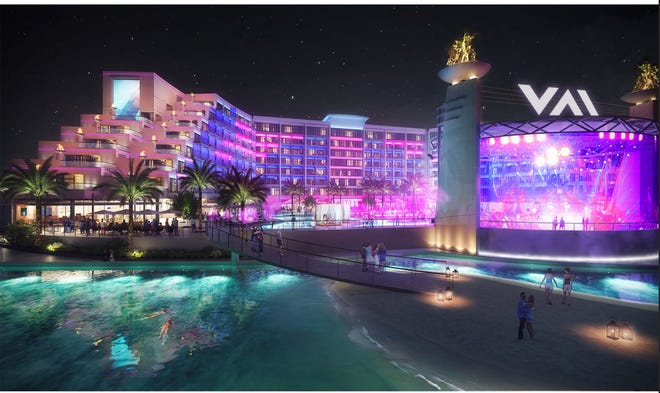 The massive resort under construction near the NFL stadium in Glendale has a new owner, a new name and will be bigger than originally planned.

The hotel and beach resort, originally dubbed Crystal Lagoons, will expand from 48 to 60 acres and be called VAI Resort. The development, purchased by VAI Resort LLC from the company Crystal Lagoons, is south of State Farm Stadium between Loop 101 and 95th Avenue.

The project will be the first for the Arizona-based VAI Resort that formed at the start of this year and is led by president Grant Fisher.

A 7-acre body of water will anchor the project with sandy white beaches. Company officials say it’s not a water park, since it won’t include water slides.

The city touts the project as Arizona’s largest hotel, at more than 1,200 rooms on eight stories. That’s nearly double the 630 rooms originally planned. By comparison, the 31-story downtown Phoenix Sheraton hotel has 1,000 rooms. In Glendale, the nearby Renaissance hotel at Westgate has 320 rooms.

The project will include a 360-degree concert stage where resort guests can watch shows from their balconies, a 52,000-square-foot, man-made island in the middle of its beach and 13 restaurants.

“From the vibes of Mykonos and Tulum, to the beaches of Miami, to the concerts and parties of Las Vegas, to the ultra-modern attractions of Dubai, we’re bringing the best of the best to VAI Resort right here in the heart of Glendale,” Fisher said in a news release about Tuesday’s announcement.

The project is set to open in late spring 2023, after the Super Bowl in Glendale. It is expected to bring 1,800 jobs, according to the city.

Glendale City Council members cheered the updates at a public meeting on Tuesday.

“The fact that this project has taken on a life of its own, I hope this council (and) everybody is as excited as I am,” Mayor Jerry Weiers said. “Many cities don’t get this opportunity ever, in their entire existence.”

What is VAI Resort?

The City Council approved “Crystal Lagoons” in 2020, casting the project as a way to entice visitors to Glendale in the summer, when tourism lulls.

The resort is expected to host 100 events annually, including “A-list performers, comedians and top of the line DJs,” according to one of the builders.

VAI Resort, which purchased the development from Crystal Lagoon, was formed this year by Grant and Tommy Fisher of Fisher Industries, a “heavy civil construction” company, according to the company’s website.

The Fishers were initially contracted to work on constructing Crystal Lagoon but overtime “felt it was in the best interest of all the parties to do a change in ownership,” City Manager Kevin Phelps told The Arizona Republic.

Phelps has previously said the resort would help build Glendale’s reputation as a destination for mega events. The city will host its third Super Bowl next year and the NCAA Final Four in 2024.

VAI Resort will include:

The resort also will include a Mattel-branded theme park with Hot Wheels and Thomas the Tank Engine attractions.

It will be “designed as a truly immersive playground for all ages,” the announcement says.

Need to get out of the Phoenix heat? Cool off with these 10 easy getaways

How much water will it use?

The city last year estimated Crystal Lagoons would use less water than the farm fields it’s replacing. The Republic reported at the time that the development planned to fill the 11-acre park with 19.6 million gallons of water, plus another 17 million annually to cover evaporation.

It is unclear how Tuesday’s announcement changes the anticipated water usage.

Glendale previously agreed to waive $1 million in permitting fees and give the theater, hotel, retail spaces and concession vendors a “partial” 25-year Government Property Lease Excise Tax, known as a GPLET, which reduces the amount a developer would otherwise pay in property tax.

City leaders at the time pointed to the sales and hotel taxes that visitors will bring, projecting its share would be $240.5 million over the 25-year agreement.

The City Council eventually will have to approve an amended development agreement and modified zoning designation that incorporates added land on the western and eastern edges of the project.

VAI Resort also wants to erect five large video screen panels throughout the venue. The screens could potentially display live footage of the concerts that could be seen by resort guests or drivers passing by on Loop 101.

Phelps said council also may have to consider how the project’s light, sound and traffic will affect the surrounding areas, though he did not specify what the consideration would entail.

The zoning request will first be heard by the city’s Planning and Zoning Commission. The date has not been determined yet, city officials said.

Councilmember Joyce Clark praised the project but said the city should acknowledge the impact to residents just east of the project.

The homeowners there live on unincorporated Maricopa County land governed by the Maricopa County Board of Supervisors but could be affected if the project’s new owners seek to change the easternmost land from parking lots to a different use.

“Who’s going to have a problem with parking? But if it turns into something that’s going to generate an excessive amount of noise, I think we need to be very sensitive about that,” Clark said. 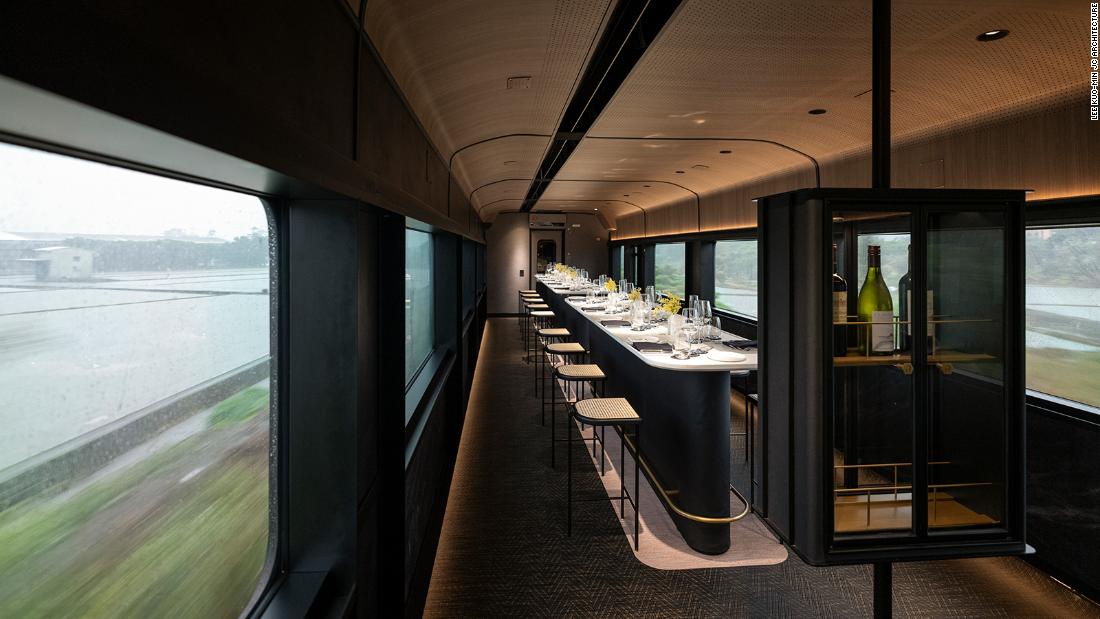 Previous post The Upcoming: Taiwan’s most beautiful teach
Next post Why Belizean Foods Should really Be On Just about every Culinary Enthusiast’s Radar