Welcome to the Checks & Imbalances newsletter. Today we take a long—but certainly not last—look at former President Donald J. Trump’s D.C. hotel, which is slated to close in a few days.

At the grand opening of the Trump International Hotel Washington, D.C. at 1100 Pennsylvania Ave. in October 2016, then-candidate Donald Trump called it the most coveted piece of real estate in the city — “with the notable exception of 1600 Pennsylvania Ave.”

Within weeks, Trump controlled both addresses. Favor seekers caught on fast. Candidates, foreign governments, underlings, members of the administration and wannabes of all stripes flocked to the venue for their meetings, their parties, their fundraisers and even their weddings.

By this time next week, however, Trump’s Washington hotel will be like the White House — a historic, government-owned building now occupied by a competitor (in this case Hilton’s Waldorf Astoria). While the former president’s ownership of the building’s lease is ending, reporting on what happened there and discussion over what precedents it set will continue. As with the Trump White House, it’ll take decades to unpack what took place at the hotel. Much of it will remain unknown. Did a foreign government book rooms but never use them? What secret deals were made in the backrooms? Who ordered the $100 martini with caviar and oysters? And with top government officials lingering, drinking and making small talk, how much did foreign spies love hanging out in the lobby?

But with the work of reporters and congressional investigators as well as social-media posts and, in a few instances, disclosures from the Trump Organization itself, we do know a lot about the hotel already. Here are some of the key statistics.

Trump was still president-elect when the Embassy of Kuwait torched longstanding plans to celebrate its National Day at the Four Seasons, opting instead for the Trump International. Azerbaijan and Bahrain were just as quick to step up by holding events at Trump’s hotel before he’d even taken the oath of office. It wasn’t just lower-level apparatchiks or backbenchers popping up in the ballrooms and lobby. Malaysia’s prime minister, Romania’s president and two different prime ministers and Nigeria’s vice president all paid tribute. Trump’s critics said any money paid to him by foreign governments or their representatives while he was president was a violation of the emoluments clause of the U.S. Constitution. But in four years, the courts never came close to issuing a definitive ruling on the matter.

“Based on the average daily rate for a room at the Trump Hotel, this represents the cost of more than 7,400 room-nights purchased by foreign governments,” according to Rep. Carolyn Maloney (D-N.Y.), chair of the House Committee on Oversight and Reform, and Rep. Gerald E. Connolly (D-Va.).

In an attempt to mollify its critics, the Trump Organization each year cut a check to the U.S. Treasury for what the company said were its profits from foreign governments. These payments, however, were not independently audited. There were plenty of loopholes too that allowed the Trumps to profit. And the policy relied on foreign officials identifying themselves as such to Trump employees.

A full accounting of how much taxpayer money made its way to the former president’s pockets via his Washington hotel will probably never be revealed. In September 2020, the Washington Post reported at least $2.5 million in government payments were made to all Trump properties, citing documents it obtained. Hopefully, more spending details — like the $1,600 steak dinner Department of Homeland Security officials enjoyed with foreign guests — will be made public from government investigations and responses to Freedom of Information Act requests. Hopefully.

The FBI’s current headquarters are a two-minute walk across Pennsylvania Avenue from Trump’s hotel. Moving the bureau out of the decrepit J. Edgar Hoover Building had been in the works for years. But doing so would free up its current location for redevelopment, possibly as a luxury hotel that would compete with the former president’s business. (The Trump International often promoted itself as downtown Washington’s only five-star hotel.) The Trump administration reversed those longstanding plans to relocate FBI HQ. In 2018, Democrats on the House Oversight committee alleged the president himself intervened in the decision-making process. (FBI and General Services Administration officials denied it.)

The whole exercise appears to have been a waste of time and taxpayers’ money. Fifteen months after Trump left office, lawmakers reversed his reversal and the plans to relocate the FBI were back on.

In November 2017, Trump promised to start eating at Washington restaurants other than the one in his hotel. He teased the idea again two years later. There’s no report of him ever having done so.

If there were any questions about how Trump’s cabinet would respond to his innkeeper side-hustle, Treasury Secretary Steve Mnuchin and Small Business Administration head Linda McMahon answered them quickly by moving into the hotel, separately, while looking for permanent digs. Trump’s top lieutenants also brought the hotel customers and publicity by headlining events. Secretary of Energy Rick Perry addressed the National Mining Association. Education Secretary Betsy DeVos popped in as an honored guest to the Museum of the Bible’s $2,500-a-person opening gala. Or they just ate dinner there, often, as was the custom of Secretary of Homeland Security Kirstjen Nielsen.

Thirty-five of the 65 Republicans who served in the Senate while Donald Trump was president helped him profit from his hotel. One Democrat did likewise (why yes, it was West Virginia’s Joe Manchin).

Members of the world’s greatest deliberative body dined with the president, addressed hundreds of active-duty soldiers and posed by the Christmas tree. Other times, their visit was more of a private affair, like when Sens. Tom Barasso (Wy.), Joni Ernst (Iowa) and John Hoeven (N.D.) huddled in a back room with Pence as a lobbyist for Quicken Loans looked on.

Sorry, Omarosa, but the most-notable Trump underling to celebrate nuptials at the boss’ hotel was special assistant to the president Stephen Miller, who celebrated his wedding to Pence’s press secretary Katie Rose Waldman there in February 2020. Just weeks after the Trump administration declared the coronavirus a public-health emergency, Sarah Huckabee Sanders, Kellyanne Conway and Mark Meadows joined at least three members of Trump’s cabinet to fête the newlyweds. The president himself gave a toast, marking the third different Trump property he visited in a 27-hour span.

Other Trump administration officials to celebrate their weddings at their patron’s hotel include Conway staffer Sarah Trevor and trip director in the executive office of the president William Russell, White House policy advisor (and a later a prominent attorney in attempts to overturn the 2020 election) Emily Newman, and special assistant to the vice president Zach Bauer and senior policy advisor at the Federal Housing Finance Agency Meghan Patenaude.

“This is driven in part by ‘fly-in’ visits by special interests on lobbying trips to Washington,” according to Citizens for Responsibility of Ethics in Washington, which kept this tally. The Texas Trucking Association, State Chamber of Oklahoma and Seasonal Employment Alliance were among the business groups that kicked up some money to the president while in town.

Throughout much of Trump’s presidency, one of the few snapshots the public had into his hotel’s finances were the annual disclosures the president is required to file. While that form asks for income, Trump reported revenue instead. (Of course, most concerns around the hotel focus on how much it was taking in and from whom, rather than the Trumps’ ability to run a profitable business.)

Trump reported revenue figures that were similar for each of the first three years of his term — between $40.4 million and $40.8 million. After that, business appeared to decline, even before Covid-19 restrictions kneecapped several of the hotel’s revenue streams. In year four, Trump’s revenue was down to just $15.1 million.

In Case You Missed It

“Okay let’s do one for posterity”Tom Waits, “Closing Time” 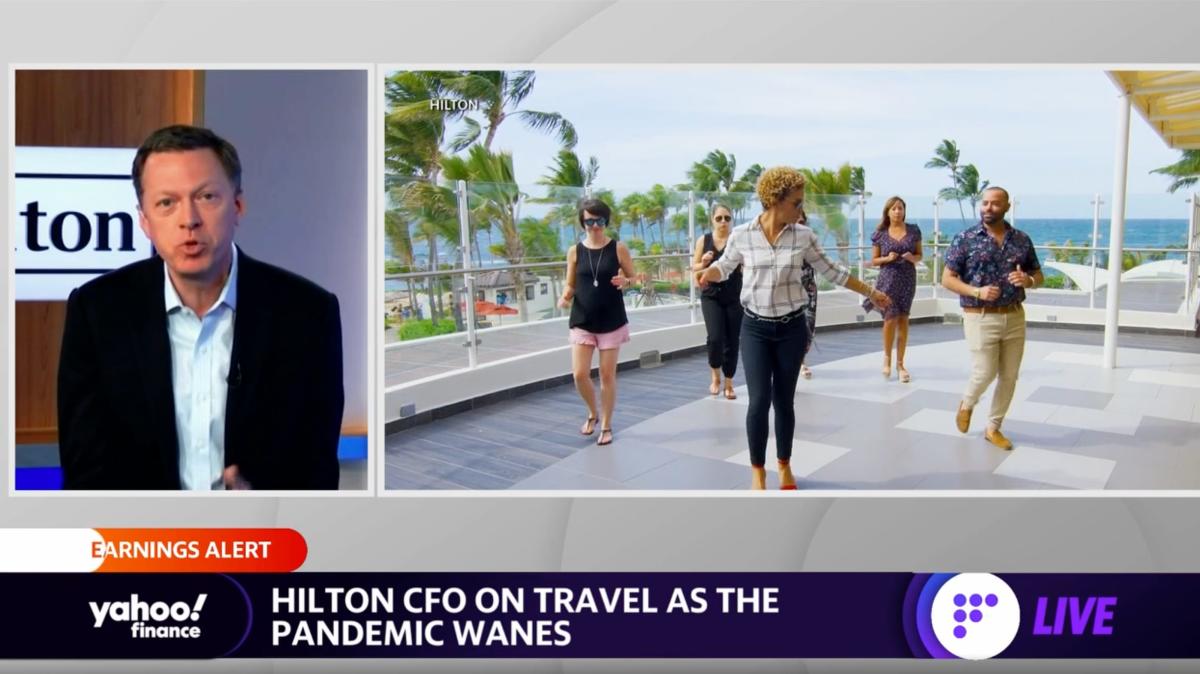 Previous post Business enterprise journey will fully recuperate ‘by the end of the yr,’ Hilton CFO suggests
Next post How to Make Your Wellness Holiday vacation Actually Soothing: Gals Who Journey Podcast